Amazon Shares Down By 87%, Thanks To A Technical Error 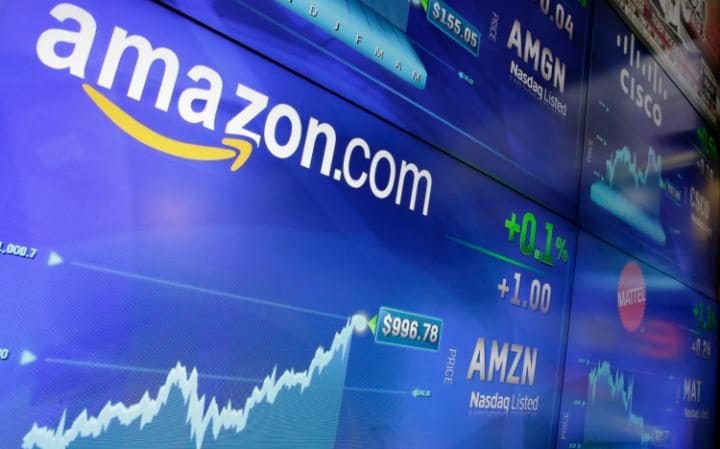 A weird technical problem made a dozen technology US shares such as Microsoft, Amazon, and Apple equal in terms of price on Tuesday, making some appear to lose billions in terms of market value.

The glitch made many shares on the Nasdaq to be shown as $123.47 for a brief period of time on Google Finance, Bloomberg, and Reuters. It happened when some financial information providers mistook Nasdaq test data as live prices. This caused a lot of confusion on the trading floors. Amazon shares appeared to fell to $950, which means a drop of 87%! Google parent company Alphabet shares dropped by 86%. Apple’s shares dropped by 14.3%. The companies who had a share price below 123.47 observed their share price rocket for a brief period of time. Microsoft’s shares increased by almost 80%, making its valuation go to more than $1 trillion. The shares of the gaming company Zynga increased by 3,000%. The error happened after Nasdaq had closes earlier because of the July 4 holiday. US media MarketWatch said that this is a data service error which caused confusion. According to Google Finance, Amazon shares fell 87% on Monday, the latest price was 123.47 US dollars. In the Yahoo Finance Channel, Amazon’s decline was 74%, the latest price was $ 248.49. In fact, Amazon’s stock price fell 1.5%, the closing price was $ 953.66, while in the post-session trading hours, the stock rose slightly. In addition. Apple’s share price has also been wrong, Google and Yahoo’s channels are down 14%, but the same day, Apple’s stock fell only 0.4%, the closing price of 143.5 US dollars, in the post-trade period also appeared to rise. In addition to Google, Amazon, and Microsoft, other companies were also affected. Microsoft’s stock actually fell by 1.1%, but was wrongly shown as up by  79%. EBay fell 0.92% that day but was seen as up 253%. Another company called Mattel actually fell by 2.51%, but was wrongly shown as up by 473%.

The stock exchange regularly uses test data to reset all shares to $123.47, but the data is not shown on live prices on the data providers like  Bloomberg and Reuters. Some believe that the error was a result of the early closing of stock exchanges on Monday. According to Nasdaq, the error was because of “unlisted trading privileges”, which is a right that gives stocks the permission to be traded elsewhere. “Nasdaq is investigating the improper use of test data distributed by the UTP [unlisted trading privileges] and consumed by third parties,” according to a spokesman. “As part of its normal process, the UTP distributed test data and certain third parties improperly propagated the data. Nasdaq is working with third-party vendors to resolve the matter.”

Technical glitches are nothing new and Nasdaq has witnessed some before as well.