Teenage Hacker Behind The Bars For Attacks on Sony and Microsoft 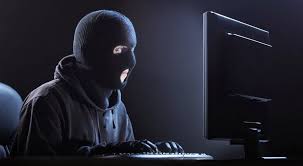 Anything you do on a computer can be tracked. Anything on your computer can be accessed by hackers. Hacking can be dark, mysterious, and fun. Perhaps that’s why Adam Mudd , a teenage hacker, enjoyed hacking so much. But he finally had to pay a price, and the teenage hacker finally got a sentence.

Also Read: What to Do When WordPress Site Got Hacked and Fix it

A teenage hacker has been jailed for 2 years for starting a computer hacking business that created problems across the globe. Adam Mudd was 16 years old when he made the Titanium Stresser program, that carried around 1.7m attacks on websites including Xbox Live and Microsoft, Minecraft and TeamSpeak, which is a chat tool for gamers. He earned around £386,000 and also bitcoins by selling his program to cyber criminals. Mudd, the teenage hacker, has pleaded guilty. He has been sentenced at the Old Bailey. The judge, Michael Topolski QC, highlighted that Mudd came from a “respectable and caring family. He said that the effects of Mudd’s crimes had caused problems all over the world, including New Zealand, Russia, and Chile. Topolski said the sentence should stop the guilty party from doing similar things in the future, and so he refused to suspend the jail term. He told Mudd that he is satisfied that Mudd knew that this was serious business, not just something you do for fun. It was a money making business, and Mudd knew exactly what he was doing.  Mudd showed no emotion as he was sent to a young offender institution. During the 2 day hearing, Jonathan Polnay, who was prosecuting, said that the effects of Mudd’s hacking program were global. He said that where there are computers, there are attacks. He said there are attacks in most big cities of the world, with hotspots in France, Paris, and around the UK. Mudd lived with his parents. He previously had undiagnosed Asperger syndrome. The status in the online gaming community mattered more to him than the money. Mudd, who is now 20, carried out 594 of the distributed denial of service (DDoS) attacks on 181 IP addresses between 2013 and 2015. Mudd has admitted to security breaches on his college while he was studying computer science. His attacks on West Herts College not only crashed the network but also cost about £2,000 to investigate and also caused damage to productivity. Once in 2014, the college hacking also affected seventy other schools and colleges, which includes Cambridge, Essex and East Anglia universities and also local councils. Mudd’s said that he carried out one of the attacks because he had reported getting mugged to the college but he says no action was taken. Polnay told that there were around 112,000 registered users of Mudd’s program who went on to hack around 666,000 IP addresses. Nearly 53,000 of those were in the UK. The fantasy game RuneScape was also a target and faced 25,000 attacks. Its owner company had to spend £6m to defend itself against DDoS attacks and lost £184,000 in revenue. Mudd made Titanium Stresser in September 2013 using a false name and address in Manchester. He offered a lot of payment plans to customers, which included discounts for mass purchases of around $309.99 for 30,000 seconds over 5 years and also a refer-a-friend scheme. Polnay said that for Mudd it wasn’t about achieving a lavish lifestyle. He wanted to have a status, the money was just a bonus reward.  Mudd was in his bedroom, using the computer, in March 2015 when he was arrested. He refused to unlock his computer and his father had to intervene.Mudd is from Kings Langley in Hertfordshire. He pleaded guilty to 1 count of committing unauthorized acts with intention of impairing the operation of computers; 1 count of creating, providing or offering to provide an article for use in a crime opposing the Computer Misuse Act; and 1 count of hiding criminal property. Ben Cooper, who is defending, appealed for Mudd to be given a suspended sentence. He said Mudd was lured into the cyber world of online gaming and had lost track of reality after leaving school because of bullying. Mudd was expelled from college. He now works as a kitchen porter. He had been offline for 2 years, which is a tough punishment for anyone obsessed with computers, according to Cooper. Cooper further said that Mudd is intelligent and bright, and he understands what he did was wrong. Cooper added that during that time Mudd had no empathy because of his medical condition. Cooper further added that it was a very unhappy time for Mudd and he suffered a lot. He said Mudd was just trying to gain some friendship and status online. But the judge responded that he has a duty towards the public who are worried about this whole fiasco, and feel threatened and damaged because of it.

Hacking is not fun and games. Hacking can destroy lives and business. Maybe the two major hacking news this week will serve as a reminder to aspiring and current hackers.