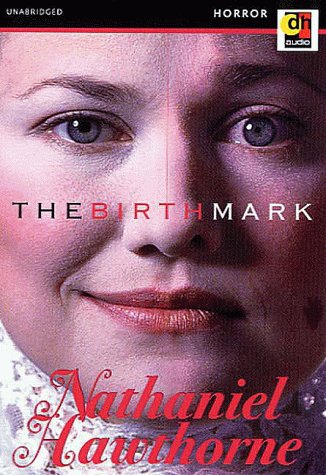 “Our scientific power has overturned our spiritual power. We have guided missiles and misguided men” – Martin Luther King, Jr.

It seems that the character of Aylmer, from the story “The Birthmark” has emerged from the quotation above. In his love for science, he has completely lost his way and drifted apart from nature and his role of helping the universe and the people he loves. His loving wife Georgina, puts her trust in his powers, in his wonders, in his science and most importantly, in the words of her husbands and ends up losing everything. The story is a unique one, despite the seriousness of the theme, it moves along in a soft and kind style. In this post, I’ll analyze the story and try to determine the mistakes that Aylmer and his wife Georgina make. The significance of ‘the birthmark’ shall be discusses as well as the role of society and social relationships.

The birthmark is a story of a scientist, Aylmer who gets married to a beautiful young girl, Georgina. Georgina has a small birthmark on her left cheek about which in the only physical flaw in this otherwise beautiful girl. In his obsession for perfection Aylmer decides to remove this birthmark. The story is full of the scientific accomplishments and miracles of Aylmer that put not just his wife’s trust in his abilities as a great scientist but also the readers. The author rightly says about Aylmer that he “had devoted himself, however, too unreservedly to scientific studies…” Through his experiments, Aylmer produces the potion that can remove the birthmark, but though his attempt is successful, it results in the loss of his wife’s life too.

The story of the birthmark comes as a lesson to those individuals who pursue physical perfection blindly, without considering the consequences, or seeing the beauty they possess naturally. A reader will find the story to be full of symbolic meanings that he may feel related to in one or more ways. The theme of the story, as evident by its name, revolves around the tiny hand shaped figure of Georgina’s cheek. While other men see it as a charming symbol, her own husband can only see this mark as a symbol of imperfection. In fact he goes as far as to declare it “the crimson hand” that can lead him towards destruction. The ‘birthmark’ symbolizes the fact that the man’s desire to fight nature can only lead him towards destruction.

The relationship between Georgina and Aylmer also depicts how a single partner’s obsession and moral weakness can lead a couple, and in turn the society towards doubting their existence, beauty or abilities and thus drives the society in the lust for perfection. In the story, many experiments performed by Aylmer inform the reader of his personality, that aims for perfection but does not achieve it and instead of learning from its defeat or compromising with nature, it aims again.

The story also depicts how individuals destroy themselves through their beliefs in superstition. Georgina is at first unable to accept that her birthmark is a sign of imperfection but Aylmer somehow convinces her through the use of superstitious beliefs. In his fascination, he starts having dreams related to the birthmarks and proclaims that it is a sign of the personality flaws in his wife of “sin, sorrow, decay and death.” What moves the reader in this story is the trust that Georgina puts in her husband. Despite seeing him fail, and despite knowing the risk of the experiment, she is ready to sacrifice herself so her husband may find peace. It is the last words of Georgina that move the readers heart as the story goes:

“My poor Aylmer” she repeated with a more than human tenderness, “you have aimed loftily; you have done nobly. Do not repent that with so high and pure a feeling, you have rejected the best the Earth could offer. Aylmer, dearest Aylmer, I am dying!”