The importance of scientific accuracy in movie-making

Home » Blog » The importance of scientific accuracy in movie-making 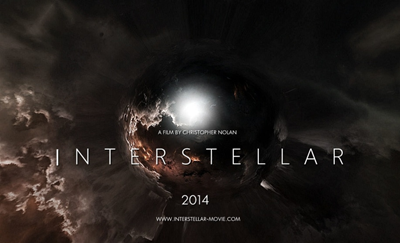 Over the last eight decades, film-making has gone through tremendous changes, especially in Hollywood. Even though the human visual systems have remained considerably the same, the industry has changed greatly in structural and scientific terms, in order to associate with the audience in a better way. One of the most obvious changes has been in terms of scientific accuracy. In the movies of 1940s for example, scientific accuracy was not as important as it is in today’s film-making industry. On the other hand, in today’s film-making industry, the role of scientific consultants is becoming more and more important. The consultants perform two extremely important roles. Firstly, they allow filmmakers to portray a sense of reality in fictional movies. Secondly, they make filmmakers feel more confident about their work.

One reason for the rising importance of scientific accuracy in today’s movies is that the audience today is much well-aware about scientific developments as compared to the audience of the past, when technical advisors were more common in science-fiction movie making than the scientific consultants. Today’s audience refuses to accept a movie plot which is too far away from reality. Thus, today’s fictional movies like the X-men, spider-man and even the Hulk are based on certain accurate scientific explanations. Science-fiction movies of the past which were based on topics like radiation, genetics or time-travel greatly lacked accuracy and thus the audience was often not drawn to the plot of the movie. The latest science-fiction movies such as Interstellar (2014) have the greatest degree of scientific accuracy making it more believable for the audience. Apart from the rising awareness amongst today’s audience, there are many other reasons which necessitate the need for scientifically accurate movie. For instance, science and technology have become extremely popular and sought-after themes for movie producers, particularly after the tremendous success of movies like Avatar and Interstellar. Furthermore, today’s directors and producers are perfectionists who do not wish to take risks with the movie plots and one of the personal goals of such directors and producers is scientific realism. The actors today also care more about their image and the movie’s plots or realism. Most importantly, the age-group of 18 to 34 is usually the target audience for movie makers since it’s the main theatre-going age group and for these individuals, the greatest interest currently is in plots related to science and technology.

So over the years, film-making has evolved greatly, on the basis of popular public demands and trends. The industry today is not just more competitive but also more advanced in terms of scientific accuracy and link to reality. Nonetheless, there still exists room for progress and so research in this field must go on.