When you hear about flagship smartphones, you are inclined to think about high prices and a good amount of investment. Although a smartphone by Apple or Samsung might cost an arm and leg and you might feel that the features offered by the flagship are a dream that you cannot attain but do not despair. There is still hope for you. There are a number of smartphones available that are not as expensive as the smartphones by Apple and Samsung but they still provide you a great many features. In this article we look at top cheap smartphones under $ 300. 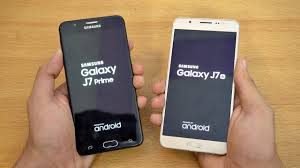 Samsung Galaxy J7 is available for sale on Amazon and the price ranges from $234 for black, $233 for white gold and $238 for pink gold. The J7 Prime is a great phone and it received great reviews on its release. The screen size is 5.5 inch and it has Android Marshmallow at its core. The display is HD and  1.5 GB RAM and there is a dedicated SD card slot so you can add up to 128 GB of space however the internal storage is between 16 to 32 GB. Samsung Galaxy J7 may not be as big a sensation as it was around a year ago but because of a number of other are in the market so the competition is quite tough on but if your problem is affordability then you can easily get it from as low as 230 to 260 US dollars. It is definitely a top cheap smartphone

Moto G5 and Moto G5 Plus 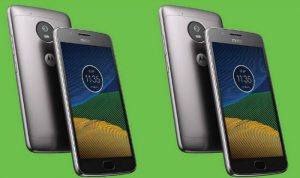 This is the best mobile phone in the Moto G series. The Motorola G series phones are very robust and powerful phones. The Moto G5 is the phone that has just been released and it is among our top cheap smartphones list. The screen size is 5 inch and the internal OS for this phone Android 7. The Android make it a very popular choice among the consumers. The internal storage options are 16 GB, 32 GB and 64 GB. The core is SnapDragon 615 so the processor will not be as quick as other high tech phones. It is available in two colors lunar Grey and fine gold. The front camera is 15 MP and the rear camera is 5 MP. The price is $ 199 for Moto G5 and $ 240 for Moto G5 Plus.

The starting price of Sony Xperia XA, is $ 200. You can also find deals online that will sell it at even lower price. It has a myriad of features also the name of Sony to its credit. It was released in June last year and has received mostly positive reviews from the users. It has a 13 MP rear camera and 8 MP front camera. It has an HD touchscreen display of 5 inch and 2 GB of memory and 16 GB of storage. There is the availability of micro SD card that can expand the size of the memory to 200 GB.

Microsoft Lumia was released in February last year and it is an extremely efficient and excellent phone for the business users. It has support for all the Microsoft business applications. It has made a number of business operations very easy for the Lumia users.

The price of the phone is $ 200 and it has 1 GB RAM and 1 GB storage and added storage of 200 GB can be added through SD card. It has an 5 MP front camera with wide angle display and a front camera of 8 MP. The camera is of low resolution although the features in the camera are similar to any high end mobile set. It is based on windows 10 and was released with the windows 10 mobile. It is expected to get the windows 10 creators update too soon. 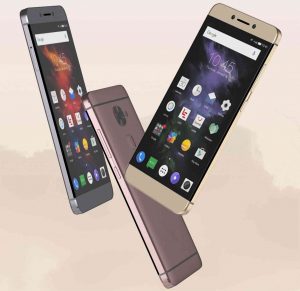 LeEco is a Chinese Giant electronics conglomerate, which develops excellent mobile phone sets. The organization is yet not popular but with its super cheap mobile phones that are rich in features and low on budget. Le S3 is one such mobile phone.  It has a Qualcomm Snap Dragon 652. The RAM in LeECo LE S3 is 3 GB and storage is 16 GB. The screen size is quite large for such a cheap mobile and it is 5.5 inches. It has a very fast processor with the processing speed of 3000 mAH.

The price of Le s3 is $ 249. Even if it is not available in your local markets you can order it online.

Huawei Honor 5X is a great phone with the price of just $ 200, but you can get even better deals at Amazon. It has some really neat features like the fingerprint senor and a large 5.5 inch HD display screen. The aluminum casing has been praised by the fans and critics alike. There are minor flaws in the focus of the camera but the rest of the features are quite great. Although the internal storage is a bit low but it can be expanded with microSD card. A great phone at great price.

Blu Vivo 5 is Blu’s first full metal phone and it is really remarkable. The most outstanding thing is price. It is priced at $ 200 and has features that make it worth much more. There is an excellent 13 MP camera with clear focus. The front camera is also good. This mobile phone has an excellent value for money. 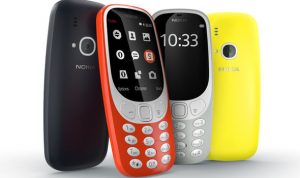 The surprise entrant in this list is the upcoming Nokia 3310. It will be released in May with preorders starting from 5th of May. The mobile phone claims to have the same battery life as was before in earlier Nokia mobile phones but there are myriad of new features added. The mobile phone will be coming in a host of new bright and attractive colors as shown in the picture. Black, yellow, grey and orange red you might get attracted to buy the mobile because of its colors. The size of the phone is almost the same as the earlier version with somewhat bigger screen. There is dual camera and chat like messaging. However in the era of touch screens will the mobile with buttons survive? May be because of the price tag. The price of the mobile is £49.99. And of course not to forget it has the iconic snake game to give users hours of fun. In case you are wondering why have we put this in the smartphone list, it might not be very smart but it does allow internet browsing (2G) and GPS is there too so this can be considered as a smartphone. 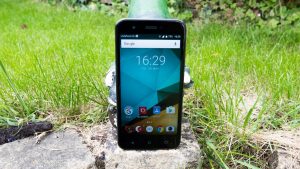 Vodafone Smart Prime 7 is a great phone in a very reasonable price. Its only weakness is a relatively weak camera, otherwise it has strong features in a mobile phone that costs merely £75. It is based on Android 6.0 marshmallow which makes it a quick and intelligent smart phone. It has 4G and you get 8 GB memory. It also has an FM radio, a feature that is becoming almost obsolete in the mobile phones. You might think it has no utility but when you have a poor signal it might be helpful when there are no podcasts or apps like Spotify to work with. 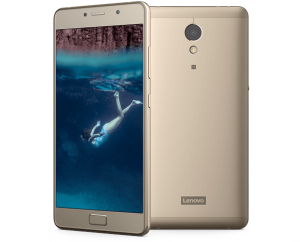 Why this phone fail to make that big a mark is beyond me but those who are using it cannot praise it enough. It has a 5.5 inch screen with an excellent display which is great for online streaming. The feature that will make you buy this phone is its phenomenal battery life. It has a very powerful battery. The power is 5100 mAH. It is of course heavy because of the string battery, but the benefit it gives is what no phone else can give. Lenovo claims that the battery can last two days.in fact they claim that you can charge other devices with the Lenovo P2 too. With the 13 and 5 MP front and rear camera, it can take great pictures too.

Lenovo P2 is based on Snapdragon 625 chip so it is not a just any phone is a Snapdragon phone and bond to give god performance. 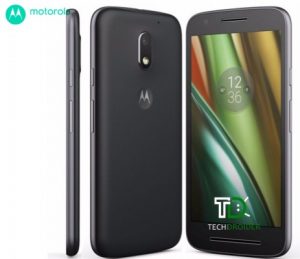 Well Motorola is one name that manufactures cheap mobile sets. This one has a great battery. Although it is nowhere as nice as the Lenovo P2 but still the battery is good. Also it is a very robust phone can last very long if you use it properly.

Another very cheap phone, although it is a bit old and was released in 2015. It is a Google developed phone. As Google is the name synonymous to reliability so this phone is extremely reliable and effective to use. It is priced at $ 200.  The Nexus 5X has a solid Snapdragon 808 processor, a 2,700 mAh battery and a really great 12.3 megapixel rear-facing camera. It also boasts a fingerprint scanner on the back, a front-facing speaker that provides decent audio quality and of course, this phone runs the latest version of Android. A big drawback of this phone is that is comes with no micro SD extension. he 5X comes with just 2 GB of RAM makes it a very vulnerable phone for the future. It also only comes with 16 or 32 GB of on-board storage. After that you have to rely on the cloud storage if you feel inclined to store media on the phone. Although it is released by Google it is manufactured by LG. LG is a name that is associated with robust mobile sets of the phone is reliable and long lasting.

It is one of the cheapest mobile phone on the list of top cheap smartphones. The other phone that Google released was manufactured by Huawei and is the Nexus 6P. It is also a very handy and reliable phone. It supports 3G network connection and it has a 5.7 inch HD screen display. It is based on Android 6.0 marshmallow but it is also upgradable to Android Nougat. It also has no slots for adding micro SD card so there is no expandable storage. Available in three different colors of Aluminum, Frost and graphite, if you are on a budget and looking for a good phone Nexus 5 x and Nexus 6 P are among the greatest mobile phones in the market. The price of Nexus 6 P is $ 125. At the time of release it costed a lot but with the passage of time the price has dropped quite a lot and now they are  available at the prices of $ 125 and $ 300 at amazon or retailer near you. Go and grab this top cheap smartphones list.

read more Why do Mobile Companies release two mobiles together?

So this was our list of top cheap smartphones. All of these are actually much less than 300. Infact none is beyond 250. If you were wallowing that it is impossible to get a good mobile phone with the money that you have, think again. There are excellent smartphone available at reasonable rates. Our list of Top cheap smartphones under $ 300 gives you a glimpse of few but there are others too and a little research will give you even more options.