Top Mobile phones 2018 had offered Us A foray of new mobile phones kept the mobile phone market quite busy this year and also kept the phone aficionados’ hands full in trying and testing and then reviewing each new phones as it the stores. There are launches and unveiling with ample aplomb almost throughout all the months of the calendar as flagship phones came out from one tech giant to the next. Here is a list compiled by The Next Rex team which details about Top Mobile phones 2018 offered us. There were definitely some really cool phones that made us go ooohhhh while there were some disappointments too, however here we are just listing the yay moments, so without further ado here are Top Mobile phones 2018. 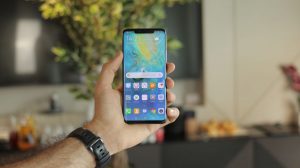 This is one phone you are going to find in all the top mobile phones lists of 2018. This phone exceeded all our expectations and made the fans really happy who were are a bit disappointed when they found that it had the top notch which is perhaps the most abhorred feature in iPhone. It is the fastest mobile phone, sometimes even exceeding Samsung phones in its efficiency. To know more about this brilliant phone read our review Mate 20 Pro Is A Brilliant Phone By Huawei! 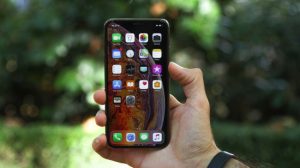 While the phone set is swoon worthy, the price tag might cause anxiety, as you might start to wonder where are we going towards if the phone prices are getting so high. At launch, the iPhone XS Max cost was starting at $1200. It is the best iPhone available in the market right now and if your wallet is heavy enough (and you are ready to make it really light) buy the iPhone XS Max. It has all the coolest features you would like to see in your mobile phone. There are three cameras and the HDR10 gives the most crisp photos with beautiful colors. It has iOS 12, the latest OS from Apple. Its brilliant depth sensing camera gives a brilliant background sensing capability to the mobile. Definitely worthy of spending your saving on. 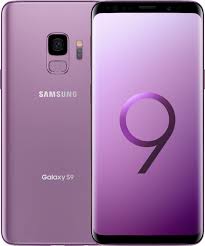 Samsung Galaxy S9 is cool enough that people who went for the S8 just few months ago are now wishing to get their hands on Samsung Galaxy S9. Even though there are some cool features added, but we would advise that if you have an S8, be content and wait for the next flagship phone from Samsung. Because the S9 is pretty much similar to S8 (which was a brilliant, thus making S9 amazing too) It is much cheaper than the Apple’s best iPhone and the features are not very much lacking in comparison so one might ask, why get the iPhone when a much cheaper great phone is available. 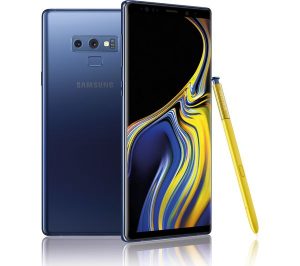 What an amazing mobile phone it is. Samsung Note 9 comes which an exciting  Stylus, which is termed as the S pen. S Pen comes in contrasting colors, which include yellow, Lavender and blue. It is a phone with a very big display, and it has a very high processing speed so it is a great phone for gaming too. Heavy games like Fortnite can be easily played on this phone. Based on Android Pie, it has both a finger print scanner and an iris scanner.

Many lists are claiming that this is definitely the best phone of 2018, and surpasses iPhone as well as Galaxy S and Note series. It is not completely false and as far as performance and features are concerned, there is no shortage in OnePlus 6T which might make us think that the phone is any less than the ones from tech giants Apple and Samsung. That is why, we are also including the phone in our Top Mobile phones 2018 list. The price of the phone is just 550 Euros. Which makes it an ideal pick for people who are on a budget but still want a phone with top class features. 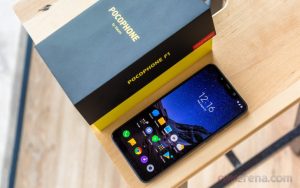 This phone makes it in the list mainly because of its price and speed. When the mobile phone prices are being sky rocketed, this is one phone which breaks all stereotypes and provides its users pretty cool features in merely a $300. Now that is a great valur for money and definitely earns a spot for Pocophone F1 in our Top Mobile phones 2018 list. 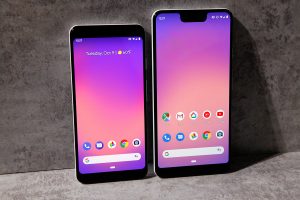 Another great phone from Google is the Google Pixel 3 XL. The phone has a large 6.3 inch display. This is the latest offering from Google and is definitely a phone set that needs to be included in any list with best phones from 2018.

Which phone do you think is the best from last year? Let us know by commenting below.