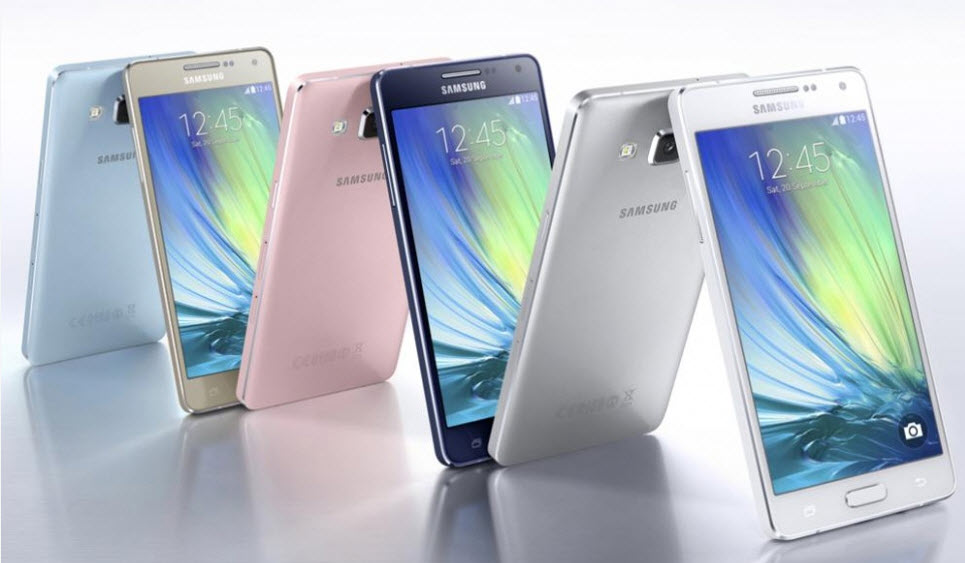 A research firm called GBH Insights today published a list of 2017 top selling technology products. The iPhone is in the first place. Second place is Samsung Galaxy S8 and Samsung Galaxy Note 8 which sold 33 million units. Echo Dot, the sub-model of Amazon’s intelligent loudspeaker, ranks third with 24 million units sold throughout the year. With Apple Watch, the fourth-most-purchased technology product of the year 2017. The Nintendo Switch console, which succeeded in entering the top 5, was a console. 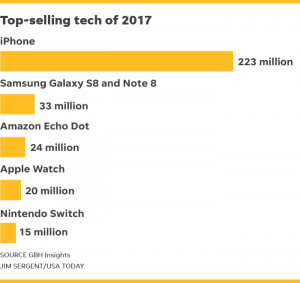 The Apple iPhone was the top seller of 2016, selling 211 million phones. Daniel Ives , an analyst at GBH Insights , says the iPhone will successfully defend the crown with a large number of existing iPhone users ready to upgrade in 2018. In addition, Patrick Moorhead , an analyst at Moorhead Insights, expects Apple to cut prices except for the iPhone X model.
Also Read: Startups That Breathed Their Last In 2017
Apple launched three new iPhones in 2017, including the iPhone X which cost $999. Apple also introduced iPhone 8 and iPhone 8 Plus. iPhone 8 and 8 Plus were overshadowed by the hype around iPhone X.

Google’s Android dominates the global smartphones market share. It accounts for 85%, compared to 15% of Apple’s iOS, according to IDC. However, iPhone remains the favorite smartphone brand. There is a huge gap between Samsung Galaxy phones and iPhones. But, Samsung has a larger portfolio of smartphones.

Voice computing was also popular in 2017. Google and Amazon fought hard to introduce inexpensive connected speakers into homes. Amazon and Google both dropped prices of their speakers too. Apple Watch has the fourth place on the list. The gaming console Nintendo Switch has the fifth spot.