Toshiba To File For Bankruptcy 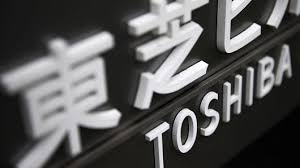 Toshiba Corporation is a Japanese multinational conglomerate with headquarters in Tokyo, Japan. It offers diversified products and services from information technology and systems to social infrastructure systems and consumer electronics. However, the firm’s US nuclear unit hasn’t been well doing lately and Toshiba might file for bankruptcy soon. 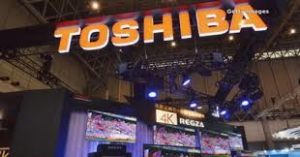 Shares in Toshiba have fallen swiftly on the Tokyo Stock Exchange. This steep drop came after a report which said that there are chances of firm’s US nuclear unit of being put into bankruptcy protection. Toshiba’s stock listed in Tokyo opened higher at the start of trading on Monday, but soon turned course and ended 5.65 percent down because of a report in the ‘Nikkei’ business daily which said the company’s US nuclear unit, which has been suffering losses, might file for bankruptcy. The report mentioned Westinghouse Electric might file for Chapter 11 on Tuesday, and the troubled unit is looking at Korea Electric Power to help with restructuring. Toshiba’s market capitalization has gone down by 50 percent since December when the leg of corporate Japan initially warned of multi-billion-dollar losses at Westinghouse, and said it was looking into claims of accounting fraud by senior officials at the division. There might be more selling if US authorities vilify the bankruptcy restructuring. Japanese regulators have given Toshiba until April 11 to publish results for the October-December period which were originally due in mid-February. The company delayed the release, saying it needed more time to probe claims of misconduct by senior managers at Westinghouse and gauge the impact on its finances. Toshiba has mentioned it’s about to report a net loss of around $3.5 billion in the fiscal year to March. The rating agency Standard & Poor’s decreased the firm’s credit rating again earlier this month, saying its finances were diminishing.