More Trouble For Google From EU 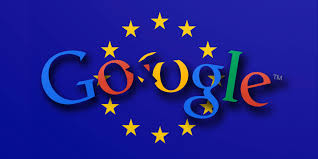 The European Union (EU) announced last month that it would impose an antitrust fine of $ 2.4 billion ($ 2.7 billion) on Google. If you think that was the end of it, you are mistaken. The EU is now after AdSense and Android. The EU might slap even more fines on Google in the coming days.

Sources said the investigations have now entered the in-depth stage. However, the investigation on Android may not end until later this year. Reuters reported that in the investigation of the Android process, the regulatory authorities are seeking expert advice. This suggests that they may test possible shortcomings in the case before making a final decision. The European Commission and Google declined to comment on the news. It is reported that the EU launched an antitrust investigation against Google Android earlier, accusing Android of its market dominance. The EU said that Google and mobile phone manufacturers set a contract limit, Google unfairly asked the latter to install Google applications. Regulators also raised concerns about how telecom operators integrated Google search on their devices. Google strongly opposed this attack on Android by Eu, saying that the practice of the EU will put the Android distribution strategy at risk, and it is this distribution strategy which reduces the cost for users. Google said that the strict restrictions on Android applications ensure that Android phones and software adapt smoothly. In addition, the EU has accused Google of using its search service in the AdSense advertising system to impede the fair competition in the online advertising market.The European Union has criticized that Google has made unfair restrictions on contracts on online retailers, telecom operators, and news sites. Since 2006, Google has prevented customers from using their competitors’ search advertising services.When adjusting the contract in 2009, Google retained the restrictions on how the competitor’s ads should be displayed.

Three antitrust investigations against Google have been around for seven years. European antitrust commissioner Margrethe Vestager will make a judgment against Google. European politicians called on the EU to punish Google, or ask Google to spin off. However, American commentators argue that EU regulators target successful US companies in an unfair way.