Seem like Turkey is following in the suit of China, which is quite perplexing as Whatsapp is what Turkish president used during the attempted coup. The Turkish government has blocked access to Wikipedia, the online encyclopedia. 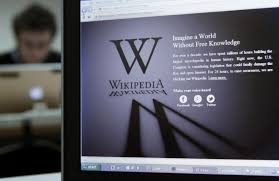 Turkey has restricted all access to the online encyclopedia Wikipedia, which is one of the most popular websites in the world. It is not clear yet why the move has been made. The Turkey Blocks group has reported that the website has been inaccessible from 08:00 (05:00 GMT) by Turkish government’s orders. Wikipedia cannot be accessed in Istanbul without the use of a Virtual Private Network (VPN). Turkey’s Information and Communication Technologies Authority has said that after technical analysis and legal consideration that are based on the Law Nr. 5651 [which is about governing the internet], a managerial measure has been taken Wikipedia. They have not given any reason behind this. Turkey Blocks and Turkish media have reported that the provisional order would need the backing of a full court ruling. When you try to go on Wikipedia in Turkey, you will be shown a loading icon for a long time before being shown the message ‘service timed out’. Blocking websites is something the Turkish authorities love to do. Twitter, Youtube, and Facebook have gone through the ordeal in the past. Most anti-government websites are not accessible in Turkey. This represents Turkey’s opposition to free speech. Around 50 % of the requests to take down content on Twitter have originated from Turkey. Turkey currently ranks 155 of 180 in the press freedom index of Reporters without Borders. Social media went into a frenzy as the news about Wikipedia’s ban broke out. It has been speculated it that the ban has something to with President Recep Tayyip Erdogan’s criticism on his Wikipedia page. Mr. Erdogan won the 16 April referendum on increasing his powers. The referendum was controversial, and he won by a narrow margin.  According to a Twitter user, the Wikipedia page on Turkey’s referendum has a category on ‘controversies and electoral misconduct’. It has given reference to claims that the Turkish government restrained the ‘No’ campaign by political suppression, arrests, and control of the media. Turkey has blocked popular social media websites such as Facebook and Twitter for a little while in the past, especially during times of mass protests or terror attacks. The Turkish government has denied censoring the internet in the past, putting the blame on an increased usage. Wikipedia has faced a similar fate in some other countries like Russia and China.

Let’s see how long Wikipedia remains suspended in Turkey. Wikipedia is an important source of information, and some sections of the society like the students might find it very hard to find information without Wikipedia.

Has your country ever blocked any website? Let us know in the comments below.