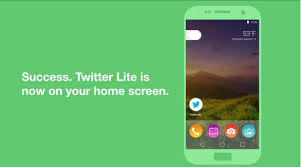 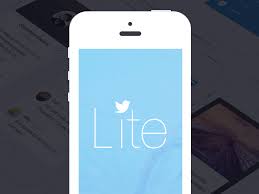 It is a web app version of Twitter for a better Twitter experience on the slow connection. No feature has been compromised in this version of Twitter. Twitter Lite is a web app. You can access it by logging on to mobile.twitter.com. Access it in your mobile browser and sign in with your Twitter account. Twitter Lite wants to provide a good experience when the Internet is slow, which is very often in developing countries. It is light in weight but faster in speed than the Twitter website or application. Twitter Lite is very fast and takes a few milliseconds to load. Users can browse their Twitter feed, go on Notification, and search faster than they could on Twitter’s main website or application. Most pages are of less than 1MB size so they take less space on the phone. Twitter Lite also consumes fewer data. To consume even less data, you can use the data saver mode. If you enable this mode, the data usage will be reduced by up to 70%. When in this mode, you will not be able to load GIFs or images until you tap on them manually to load. On latest browsers like Google Chrome, you can also receive many push notifications to get updates from Twitter. Twitter Lite also has offline support. You will not experience disruptions because of internet connection.  Twitter Lite is a web application. No update is required to get latest features. It will automatically get new updates and features.

Is your internet connection slow? Will you try Twitter Lite? Let us know in the comments below!