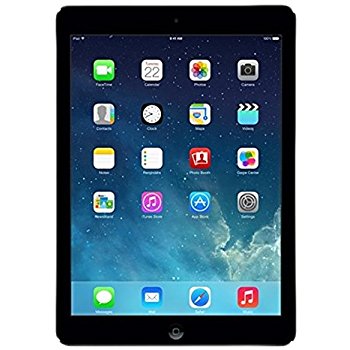 Apple has applied for approval for two new iPads.This is clear from documents that the US group has received approval from the Eurasian Economic Commission (EEC) and the news has now found its way to the Internet.

According to media reports, Apple is working on two new iPad models, which are expected to come on the market soon. The rumors are underpinned by documents leaked from the French blog Consomac.fr which appear to have been submitted to the EEC earlier this week. Details are still missing, so far it is only known by the submitted registration documents that it should be two different models. This is indicated by the names in the documents.Apple calls them A1893 and A1954, two internal identifiers that have not yet been used.
Also Read: Microsoft Edge Coming To iPad Soon

The rumors would fit in – both in terms of time and to the previous experiences with similar leaks. Many a new (Apple) device has been known in advance by the appearance of the registration documents on the Internet. Clairvoyant abilities are not needed either: Apple has used March in the last few years for the presentation of its iPad updates and it is time for an update. Apple introduced the fifth-generation iPad in March 2017. It was followed by the iPad Pro models in June.

Also Read: Fake Ratings Made A Gazebo The Top Restaurant On TripAdvisor

What Apple will introduce then is still completely open. Rumors that the company should work on a much cheaper iPad model was already at the end of last year. The current 9.7-inch iPad is available from $ 329. Now the price should fall but clearly: the rumor mill said that the new low-budget iPad should cost only $ 259. The cheap iPad is to expand the iPad family. However, the future of the other variants is not clear. Especially with the iPad mini, it is still uncertain whether Apple will continue it or not.