UNDER TERRORISM UMBRELLA – WHAT PAKISTAN NEEDS?? 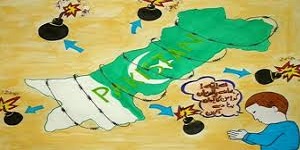 The country is at the brink of downfall, leadership has failed and hope fades. The menace of terrorism is spreading and soon this fire will engulf the whole country unless sheer action and effective counterterrorism policy is made. The ideology and struggle behind Pakistan is neglected and what is left is utmost disappointment and pessimistic views. The positivity that Pakistan can grow and emerge from all odds is lost. The country is facing brutal, ruthless acts by terrorist and is unable to identify and punish its enemies and make them learn a lesson the hard way but sadly only innocent lives are at stake. The victims are in pain whereas the culprits are safe. 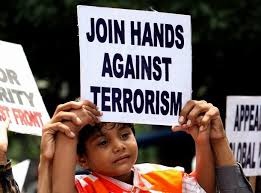 Recently a major setback for the country was the merciless Peshawar attack followed by attack on Aga khani bus. These cruel attacks has left nation to mourn and totally finished the hopes in security and leadership. Also left a much negative impact on country’s foreign policy and international reputation. The real debate is WHY and WHO is responsible for all this? Are we only left to see such incidents?? Only get threatened??The main point is to see behind the prism and draft the strategy accordingly. Let this internal fight kept aside and face unitedly. Was the Peshawar attack not an eye opener to expect anything in future? When to act?? These are some of the hard questions that needs to be answered. Pakistan does not specifically needs a political or military revolution neither it requires western sympathy and aid to combat such acts, it just needs a NATION!!! Keep ethnic disagreements, political discrimination and religious differences aside and act sensibly to save the country from any disaster. Let others realize the power of MUSLIM NATION and set all puzzles in place. Terrorism tag is what has been forcefully given to us and now we are unable to remove this just because we are not united. Pakistan is under the belt of extreme terrorist attacks and they claim to be part of Islam spreading violence and killing innocent lives. Islam is not what is being portrayed. We have to set examples for the generations to come to find an identity we haven’t been able to find yet. This destruction needs to be curtailed. Our leaders gave us a gift in the name of Pakistan based on Two Nation Theory and now this land is fighting against one of the gravest problems i.e. terrorism. It is suffering a lot more than any country and primly because of its strategic location in the world map, associating itself with the borders of some big countries. Pathetic governance and failed leadership lightened up this colossal damage for the country. Although a global war but political instability, external forces involvement, conspiracies and a lost nation has further fueled up war on terrorism and converted it into a turmoil for the country. 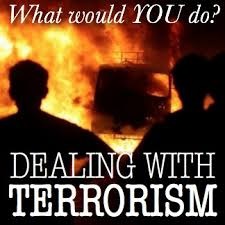 The country is suffering from huge loss ranging from people to economy and terrorist acts have become a norm. Nation needs to rise up and deliver with utmost integrity to save the land. For no reason the country is being targeted the most and yet we are just thinking for an action. Help to combat the internal crisis like injustice, inequality, unemployment, poverty, inflation, population control. Focusing on external factors like strategic policies, foreign policy, international and domestic relations are also important. Let leaders adopt a sense of accountability and develop a sense of control. The power seat is not just to dictate but dictate with sense and produce results. Pakistan is not a deprived land but fortunately abundance of natural resources. Lessen external involvement in country which is one the evident reason of instigating terrorism. STAND UP AS ONE NATION.

“United we stand, divided we fall”   This alarming situation needs collective efforts in order to save Pakistan from the worst social malice which is becoming lethal day by day.