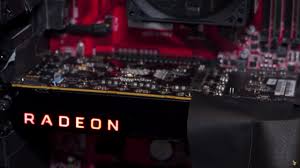 Raja Koduri, president of AMD RTG, has confirmed that the first graphics card with Vega’s new architecture will be available at the Taipei Computer Show this year.

According to Raja Koduri, they will show Radeon RX Vega at Computex, but it will not be available in the coming week. They understand how much people are eager to get started with Radeon RX Vega, and they are doing their best and will soon give consumers a graphics card they will enjoy. For the performance of this card, Raja Koduri said the consumer-level RX graphics card will be optimized for all the top game, and that RX Vega game card is, in fact, faster than the Frontier version. Raja Koduri, president of AMD RTG, has confirmed that the first graphics card with Vega’s new architecture will be available at the Taipei Computer Show this year. ADM recently released Radeon RX Vega Frontier Edition, it was the first Vega based architecture based on the new graphics card, but this card is a professional card for graphics workstations. Frontier Edition is equipped with 64 computing units (4096 stream processors), single-precision floating point performance 12.5TFlops, double 25TFlops, with 16GB HBM2 memory, bandwidth 480GB / s, can support 8K display output. If that’s the case, the Radeon RX Vega game card will be great for games. As for the release of this card, Raja Kodurionly said that it would not be released in a week, he did not say anything about when it will be released. There are rumors that the Radeon RX Vega game card will be better than the flagship version with the performance of more than GTX 1080 Ti, and will use water cooling system, the price is expected to $ 599. Please note this is only the expectation. We will find out more when it is released in the market.

Are you looking forward to this release? Share with us in the comments below!