Vines are the short pieces of acts that are emerging on the social network sites. The vine art has been recognized widely now as people are becoming more and more involved in social websites like Facebook and Instagram. The number of vine viewers has increased because of one reason at its basis and that is the need of good laughter in such tough and rough lifestyle. The vines makers are really the saints spreading smiles among the people. These vines have one thing really intriguing that they are really near to the heart of people.

Vine art is not new:

Yes, as you may feel that may be the vine art is a new addition to the videos world, in reality it is pretty old. In schools and colleges students have been a part of skits and short plays that not only delivered a message but were also presented in a very light way. Similarly, these vines are the newest interpretation of these skits, actors in the vines deliver a valuable message that gives a point to ponder upon and on the other hand also make people giggle. It is not just a waste of your minute but in reality they are helping you to learn something new alongside of cheering.

Vines online have attracted number of viewers especially youngsters who are very active on social websites. One of the things that have totally risen up free vine art clip to the heights of success is that they are also the way to demonstrate culture of the country they are made in. these vines are not made by professional actors but by normal people like us. They are the true representation of cultural norms and values.

Many of the social platforms are present that have promoted the vines such as Facebook, Instagram and also YouTube. In all those countries where YouTube doesn’t work the owners upload their videos on Facebook so that their fans may be cheered up with their thought provoking and hilarious acts.

You can also be merriment spreader:

To be a vine actor requires your skills of acting, if you have them why not put them to good use and lift spirits of tired and gloomy people. This is act of kindness and if you add a message in it, you will help at least one person to be more productive. 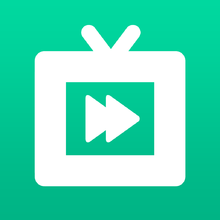 Social media is considered a menace these days and also that people are addicted to it but everything is up to us how we use it. We can use this to bring attention of people towards important aspects in a fun way or let them stay in the dark. This era of knowledge can really be used to turn tables and use it for the social betterment and it wouldn’t take a very long time just some minutes. It is easy to get the message across with smiles rather than forcing it on others. It’s time to eliminate evil and this can be done easily with viral vines that are cheering up people.