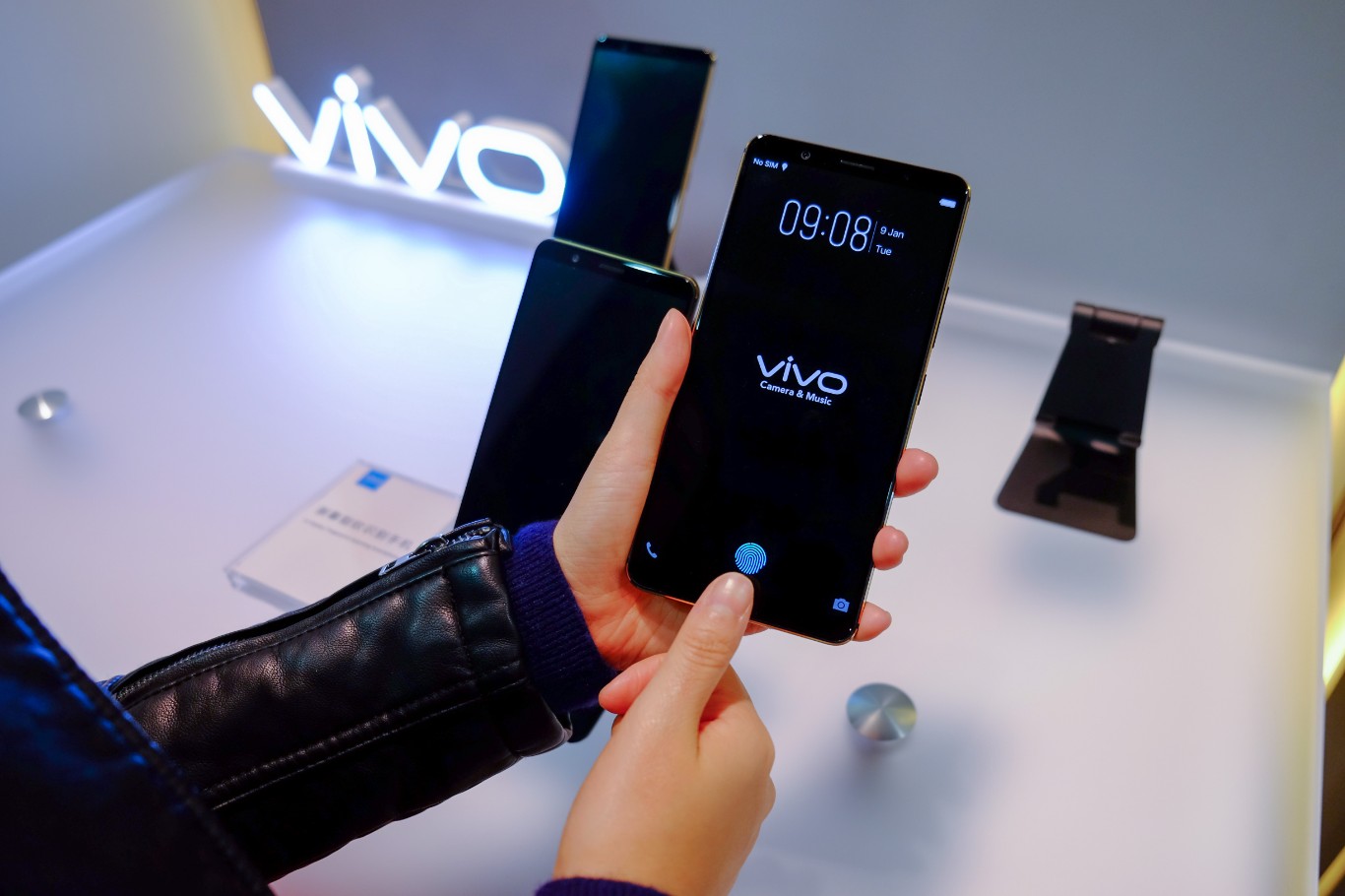 Rimless smartphones are currently the big topic in the mobile world, hardly a manufacturer waives a top model on such a solution.But (almost) frameless fronts have a problem: they do not provide space for the fingerprint sensor.For a while, the manufacturers tried to integrate this under or in the display. Now Vivo has introduced the first smartphone with in-display scanner.

So far, all attempts in this direction have failed or no manufacturer has so far been able to implement a “display sensor” in practice. So, among other things, Apple has long been trying to develop for the iPhone X such a fingerprint sensor, but ultimately decided against it.
Also Read: Qualcomm VC, Cristiano Amon, Is Not Bothered By Apple And Broadcom

Apple has solved this with an advanced face unlocking system, but many other manufacturers only have the option of putting the fingerprint scanner on the back. This is not optimal for several reasons because not all like it placed next to the camera optics solution. At CES 2018, component manufacturer Synaptics has now teamed up with Chinese mobile device company Vivo to launch the first smartphone with a “built-in” screen sensor. In a message, Vivo writes that the smartphone is the world’s first of its kind. The phone is ready for production but Vivo has not mentioned when the phone will be released.

After a first hands-on it can be seen that the solution is indeed cleverly implemented, but not completely satisfactory. For example, a symbol appears on the OLED screen that indicates the position of the optical sensor, whenever you pick up the device or need to re-authenticate for other reasons. However, the solution is, as mentioned, not free of disadvantages: Synaptics indicates a detection time of 0.7 seconds. That sounds faster than it is, more specifically it’s 75 percent slower than modern capacitive sensors.