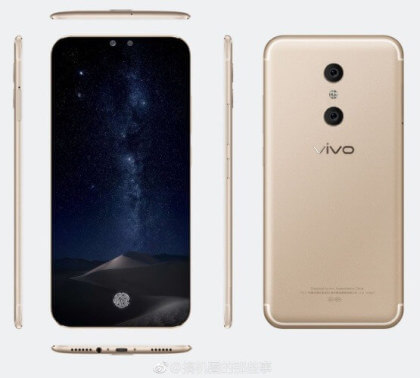 The Chinese smartphone brand Vivo will probably set a new milestone in terms of hardware features with the upcoming model Xplay 7.It is likely to be the first mobile phone to be equipped with 10 gigabytes of RAM.The device should have a lot more to offer.

Most top-of-the-line Android smartphones today have four gigabytes of memory, some six and eight gigabytes. Vivo will thus set a new record and even overtake most notebooks in the standard equipment. In this respect, the RAM in the devices should no longer be the bottleneck, which slows down the performance.

Let’s talk about the other specifications of a rather massively upgraded smartphone. So inside the new Snapdragon 845 processor from Qualcomm is to be installed. The user has the choice between two models, which are equipped with 256 or 512 gigabytes of internal memory.

Also Read: JDI Has A Made A Transparent Fingerprint Reader Which Mounts Inside The Screen

Vivo will also incorporate the Synaptics fingerprint sensor featured at the CES, which fits completely into the display. This is one of the requirements that the screen can be expanded to cover 93 percent of the front.Furthermore, Vivo uses a dual-camera system whose combined optics should allow a 4-fold lossless zoom. And although the smartphone turns out to be very flat, a jack connection can be recognized.

Currently, it is still unclear when the device will hit the market. But since quite a lot of details are known, an official presentation within the framework of the MWC seems quite feasible.The price that the Chinese manufacturer demands for such equipment should also be exciting. In the past, Vivo had already attracted attention with proper specifications several times and kept the cost of the devices comparatively low.