Wall Street Is Confused About IBM 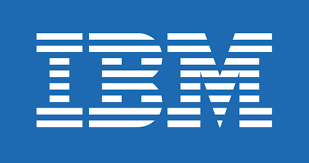 Kisner believes that due to the cost of the system, IBM Watson artificial intelligence system is difficult to bring more value to IBM’s shareholder’s return. At the same time, he also has a pessimistic expectation and said that in the best scenario IBM almost can not recover the cost of capital. Kisner believes that many of IBM’s rivals such as Amazon, Microsoft, Apple, Facebook, and Alphabet, as well as many start-ups, are better than IBM in the artificial intelligence market stand out.

In June of this year, Buffett sold about one-third of IBM’s stock. However, IBM CEO Ginni Rometty said in an interview, she is not worried about the sold stock. Buffett’s impact on the stock market can be described as huge if he sells a company’s stock it becomes the focus of many people.

When participating in the “Mad Money” television program, Rometty has mentioned that it is possible for a technology company to be in such a competitive environment. Especially for the open stock market, any move is very normal.Previously, Buffett had said that he did not like IBM as much as six years ago, and also lowered the valuation of IBM.

Buffett said in an interview that in May when IBM’s share price was more than 180 US dollars, Berkshire Hathaway company began to sell a reasonable number of stocks. Capital shares were $ 159.05 on Thursday when the NYSE closed, so their decision was correct. As of the end of 2016, Berkshire Hathaway holds about 81 million shares of IBM stock.