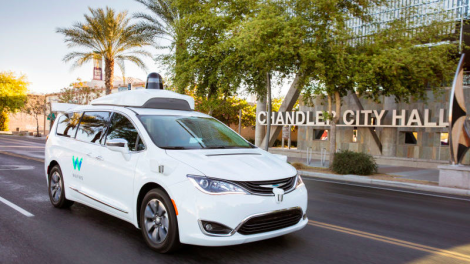 An engineer of the auto-driving company of Google,  Waymo named Vahid Kazemi on Twitter released news that humans are born not suitable for driving a car.

Wahid Kazemi wrote on Twitter: Driving in Los Angeles, a rented car that does not have the autopilot capability of my own car has nearly killed 10 people in two days and hit five people. Humans are not suitable for driving a car! 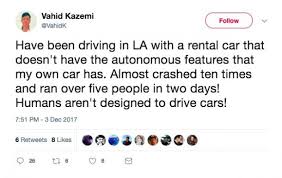 The news sparked controversy. Waymo has not responded to this yet. His Twitter message has now been deleted. The screenshot was taken from the Jalopnik website.

Earlier, Google after a large number of experiments concluded that the current safety of driverless technology has exceeded the average level of human drivers. The researchers found that Google car acceleration is better than that of human driving, the number of brakes is far higher than the unmanned mode.

In addition, driverless cars are better able to maintain a safe ride to the preceding vehicle than to human beings. In addition, computer-controlled cars handle brake much smoother than professional drivers hired by Google.