What Are Virtual Machines 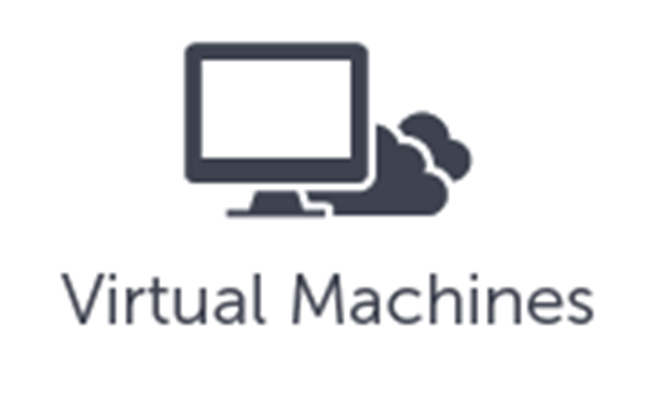 What are virtual machines

Virtual machines provide an emulation of computer hardware, computer software or both. It provides you practically with a new computer to work on, on your existing machine. If your system is based on one OS and you require to use a software that works on another OS, you can create a virtual machine on your system that has the required OS environment.

The virtual machines will provide virtual hardware like virtual CPU, virtual storage and virtual operating system. The virtual devices will run over the actual OS. You can install several virtual machines on your single system providing you with multiple options of configuration. So in this way there can be multiple OS running on your system. At the boot time, you can select from which one to boot your system from. On your physical device the virtual hardware is mapped on to the respective physical hardware.

There are two main types of virtual machines.

The second is the process virtual machine. It runs only for a single process which is platform dependent. It will shut off, once that process is shut down.

Here are some main uses of virtual machines summarized.

So if for example you are using Windows 7 and do not want to upgrade to Windows 8, until you are familiar with it, then you can test the Windows 8 version using a virtual machine.

There are a different number of operating systems available. If you work on windows environment and require Linux for something, then instead getting a new system just use a virtual machine.

If your system does not support the requirements of a software, then the virtual machine is the answer to your problem

Lately virtual machines have been really helpful in producing mobile phone emulators. They are working on a virtual environment. You can test your app for various mobile phone configurations by using the emulators instead of having different mobile phones.

Many times it happens that you are required to upgrade to a new version of OS. However now if you want to use a program that runs on the older version only, you need to build a virtual machine and run the software on that machine.

Another important use of the virtual machines is to secure the server. Instead of having many servers, you can have multiple virtual machines on a PC and then put your servers on them as every VM acts as a standalone container, it will not affect one another. Now you can take special security measures for the protection of this server, which is lot easier than protecting the whole bunch of servers.

It is a free of cost open software by Oracle corporation. It was initially developed by Innotek Gmgh and the oracle corporation took it over in 2010. They relabeled it as Oracle VM VirtualBox. It is a hypervisor program and it is run on Linux, MacOS, Windows, Solaris and OpenSolaris. It can emulate the environments of major OS like the OSx86, Haiku, Solaris, Windows, BSD, and also limits features of MacOS. It is completely free.

read more Blackberry Keyone Review: A unique experience with Qwerty keyboard and an avalanche of shortcuts

It has advanced features like taking snapshot of the state in which the virtual machine has been running. It provides you with the commandline interaction facility also which helps users in taking some powerful actions easily.

It is another virtual reality program but it is based on Windows and Linux OS only. It is also a great product, although it does not provide as much variety and flexibility as the Oracle virtual box. However, it is not completely free. But you can get all the basic functionality free of cost and it better to run the free version before buying it all for full functions.

Hopefully now you have good idea about what are the virtual machines and what are the uses of virtual machines. If you do not understand anything or any point, please feel free to ask in the comments section below and we would try our level best to try them out. So do not forget to comment below.