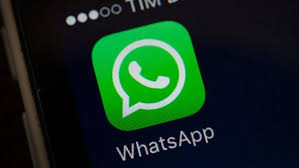 Whatsapp is used by million of people all around the world to send messages, exchange photos, and remain in touch. The group feature is now used by many businesses as an informal way to keep their employees together on a platform. A lot of important and private information is exchanged on Whatsapp daily. Most people have come to rely on Whatsapp as their first choice for sending a message. The conventional messaging feature on phones is now rarely used, if all. The message feature is now only kept for occasions when your wifi is not working or when you are out and do not have a data connection. Whatsapp messaging is also free and convenient. Just imagine what a disaster it would be if it ever gets hacked. Unfortunately, we had a close call just recently. Fortunately, the problem was detected and corrected before it could be taken advantage of. Phew!

A severe security problem with WhatsApp could have left many accounts vulnerable to hackers. Researchers have pointed out a flaw in the app.   The bug affected the web version of the application. This bug can let users with technical knowledge take over the accounts of other people with just a message. If you click and open an infected file, it can let hackers see your conversations, pictures, videos, contacts, and other shared content. Once you were a victim, your friends’ account could have been hacked easily too.

Attackers could download your information and used it to blackmale you or even demnd a ransom.The flaw was in the end-to-end encryption used by WhatsApp. It is also used by encrypted messaging application Telegram. Telegram has also fixed the problem, thankfully.

After alerted about the problem, both whatsapp and telegram responded quickly and fixed the problem. They did so to protect their web clients. So far, no ‘casualties’ have been reported.

To be on the safe side, web users are recommended to restart their browsers. They should also make sure that their version is upto date. Users are also recommended to clear all logged-in computers form their WhatsApp and Telegram accounts from Settings to from time to time.

Users should also be careful when sharing private information on unsafe platforms. We tend to be very careless, and we think that whatever we exchange on the internet on messaging apps is only received and viewed by the intended user. This is not the case always, and there have been many instances when important information has been misused. Always be on the safe side. Remember, messaging apps are created by people like you and me. One single flaw can put lives on stake. On a lighter not, rest assured that most of the times developers are vigilant and careful. Their mistakes will cause them financial losses. They take all the measures to ensure their app is safe.

Do you use the Whatsapp messenger? have you ever used Telegram? How was the experience? Let us know below!