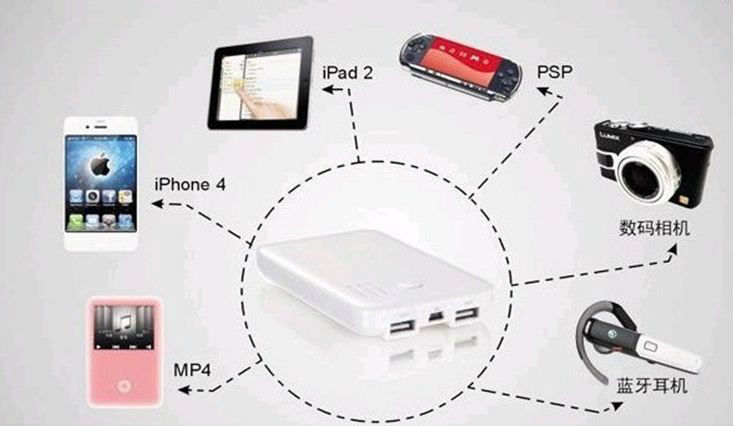 “Oh, my battery died, I left my charger at home. What a bad luck.”

“Where do I plug in charger, there are no sockets around here.”

“Oh no, my charger broke down, how will I charge my mobile now, I had to make important calls.”

“I lost my charger, my mobile is dead.”

These are common complaints that mobile users are often facing. Charging is the foremost requirement in the smartphones. The batteries in smartphones die pretty quickly as compared to regular phones. That is because of a number of background Apps that are continuously running on our smartphones. Wi-Fi connection is continuously using up the power. Then the location definer, continuously look out for any changes in your location if you are on the move. If you are using a data package a large chunk of data is being used up by your connection with the signals of the services providers. Although Wifi and Bluetooth are not that big power drainers as they were before, it is still uses up batteries and that is why battery operators cut down on these whenever the battery reaches a lower number.

But the situation will not be the same for long. Mobile phone companies are actively working on developing mobiles with WiFi chargers. There will be no need for cords and wires or no issues when you do not find the proper socket. Just place your mobile near a wi-fi charger and your device may be charged quickly. The device may be a smartphone, tablet or a smart watch. If the charger is good enough it will be able to charge all the devices simultaneously. But this is the ideal case and this technology is not available today in the best form. However the organizations are working on such a gadget and it is expected that in the next few years such a device will be as commonly available as the WiFi internet devices. So be happy and bear with the annoyance of cords and cables for the next few years.

Wireless charging through Qi (pronounced as Chee) and PMA devices like pads and pockets are available. You place your smartphone on a WIFI charging pad and the mobile will be charges or insert it in a docking system that will charge it. But it is not true wifi charging as the docking device and the pad will be connected by the cord to the electricity plugin.

Some upcoming mobiles are offering the wifi chargers in their latest versions. There are various competing standards for wireless charging. The most popular is Qi (pronounced ‘chee’), which has been supported by companies like Samsung, Google and Nokia. However more and more manufacturers are taking advantage in some form or another.

This is by far the leader in the developing wifi charging industry. Qi is a standard developed by the Wireless Power Consortium for inductive electrical power transfer over distances of up to 4cm. The term “wireless charging” often gives people the misconception that your phone isn’t plugged in but will still charge.

Your mobile must be in contact with the Qi device to get charged. Despite the name, there is one wire involved: You must plug the charger into a wall outlet. But there’s no wire between the charger and your phone. Just place your phone on the charging pad and watch your device juice up. An indicator light lets you know when it’s charging.

Itian Charging stand was originally priced at $21. It not only look sleek and chic and will make your old and worn out mobile sitting on it look cool, it works great too. The Itian logo that somewhat tarnishes the shiny look is hidden once you place your mobile on it. This stand is specifically for the Samsung Galaxy S7, S7 Edge, S6 Edge Plus, Note 7, or Note 5, because it supports a slightly faster rate of wireless charging, provided you pair it with a Quick Charge 2.0 Adaptive Fast Charger. Use it with a standard charger and you’ll get slower charging speeds. It can also charge the Galaxy S6  and S6 Edge, but not at the faster speed. You have to prop your phone in this charging stand in portrait view and there are padded sections to prevent any scratches. 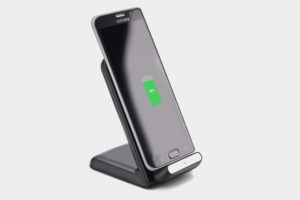 Although its price range goes in the relatively higher graph, but with the name of Samsung attached, this wireless charging pad, is durable and reliable and worth your $41 every bit. If you have a Note 5, or a later Samsung flagship such as the S7, you can use it to quickly charge your device without a cord. It’s capable of fast charging at around 2A, instead of the standard 1A you get from most wireless chargers, making it around 1.4X faster, at least according to Samsung. It’s outfitted with a circular strip of rubber to prevent your phone from sliding off the top, and another one on the bottom to prevent it from sliding around on your desk or bedside table. The LED is, unfortunately, quite bright and it shines blue when charging and green when fully charged. It also flashes when there’s a problem. It is excellent for Samsung phone but if you do not have the particular brand for mobile phone, there is no added benefit. 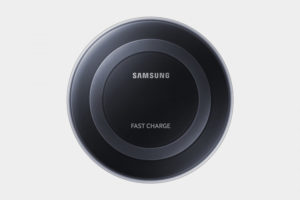 The vibrantly colored Nokia wireless charging plate or pad is available in unique colors like yellow, blue, red, black and white. Due to its different shape, it is difficult to categorize it as a plate or a pad. As you can see in the accompanying picture, it is elongated and has a rounded finish at one end. There’s a small, white LED that lights up to let you know charging is in progress, and it generally starts up first time without any re-positioning. 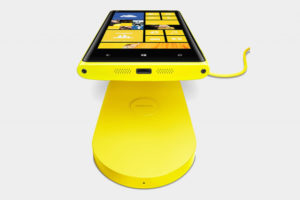 It comes with a cable and AC adapter (not a Micro USB cable). It’s worth mentioning that the adapter is a big chunky, white thing, which is less than ideal. There are newer charging plates from Nokia. It is priced around thirty dollars which makes it among moderately prices wifi chargers. 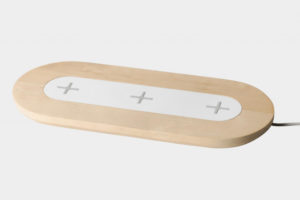 This is a charger with great utility. As the image indicates it has space for three mobile phones to be placed for charging simultaneously. Consequently its pricing is much higher at $70. However its one charging station version is also available and that is much cheaper at $28. However if you have a big family make a one time investment in the three charging station wifi chargers. There’s a tiny LED that lights up for three seconds when you first power the pad on. It will stay on when a device is charging and will flash if there is an error. You also get a cable and AC adapter with the pad. The adapter is a pretty bulky, white plastic affair. The spots for charging are marked clearly by plus signs, and as long as you place your device in the middle of one the charging should start fairly quickly. The device is also rubberized for added grip, and it’s quite heavy so it won’t slip.

Some disadvantages of wifi chargers

The main disadvantage of wifi chargers are the mobility issues. The mobile cannot be moved a bit while it is charged in a wireless charging device. When using a traditional charger we can check messages or make calls easily (although it is usually not recommended), however the wireless chargers to date make the mobiles less of being mobile.

Secondly currently there are lots of compatibility issues. Although it is hoped that with the passage of time there will be wireless charging standards defined but right now there is little that can be done about it.

Besides the disadvantages, wireless charging is the new and happening thing and it is hoped that wew have powerful wireless chargers soon that can charge the mobiles and other smart devices by placing them near the charger and the need to touch the charger is eliminated completely.

What do you think of wireless charging? Do you think it the future for all smartphones? Let us know in the comments section below.