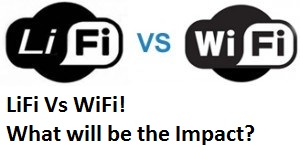 WiFi was stumbled upon? 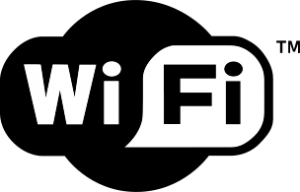 In light of the recent breakthrough e.g LiFi, in wireless communications research.There’s a hype about WiFi and Light Fidelity on the social networks. The prospects of LiFi are quite immense. But before elaborating LiFi, let’s have a peek at the beginnings of WiFi.The wireless communication technology was developed from an experiment, by a team of scientists and engineers from, Australia’s national science agency CSIRO  that didn’t yield the expected result. Although it did pave the way for WiFi. WiFi stands for Wireless Fidelity . WiFi is employed for data transmission via radio waves. Despite steps being taken for faster data transmission by radio waves. There’s a limitation to the amount of data being received or sent.  Furthermore there are many places where WiFi can’t be accessed,due to the area being sensitive or out of range.  The cost incurred on WiFi technology is also quite high.Apart from such couple of drawbacks WiFi works just fine.

LiFi at a Quick Glance

LiFi (Light Fidelity) is a term being used for wireless communication system, that is based on visible light communication.This technology works at ultra high speed.This technology is currently in beta phase, e.g it’s currently being tested by a team in University of Edinburgh, UK. The genius behind this amazing idea is Harald Haas,Harald first used the term LiFi, in 2011 TED Global, on visible light communication. LiFi makes use of LED with very high brightness, that can effectively,transmit encoded data rapidly in form of bits (1,0). In the meantime  work on LiFi is being done at University of Oxford as well. The most striking break through has been however made by researchers at Heinrich Hertz Institute in Berlin, Germany. They have successfully transmitted data at a speed, of more than 500 Megabytes per second. Using a standard white LED. Current projections state that LiFi can transmit high density data at speeds above 1 Gbs.

Hence to sum it up both these technologies are complementary to each other. Both these techniques of data transmission will really bring a new edge to rapid communication.