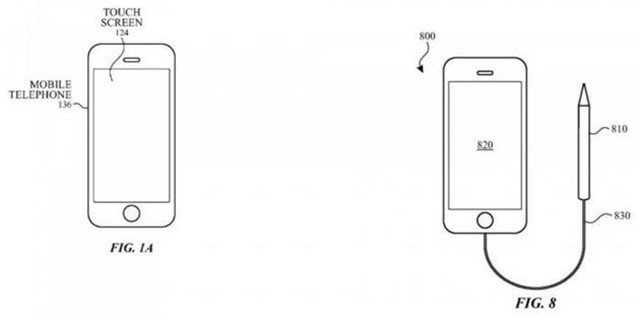 Apple’s patent is mainly a technical description of a touch-screen to determine the location of the stylus effective way. However, in the patent map, it is easy to see that this is an iPhone and even marked as a mobile phone.

There are also reports before that Apple may bundle a small Apple Pencil on the 2019 iPhone. As Apple successfully introduced its full-screen design with the iPhone X, Apple has demonstrated that they have the ability to maximize the screen display area without increasing the size of the phone.

Also Read: Apple May Team Up With China’s BOE For The Development Of Folding OLED Screen

In May of this year, Cook said in an interview with NDTV on Indian television that if you ever saw someone else’s creation on iPad or iPhone, you would be very surprised. Perhaps at that time, Apple was already testing Apple Pencil’s performance on the iPhone. He also said in the interview that the outside world can expect more from the Apple Pencil.

In addition, Cook does not like to think of the Apple Pencil as a larger, bulky stylus.Apple Pencil functionally is different from the traditional stylus. Cook believes that even Jobs would have been happy with the Apple Pencil.