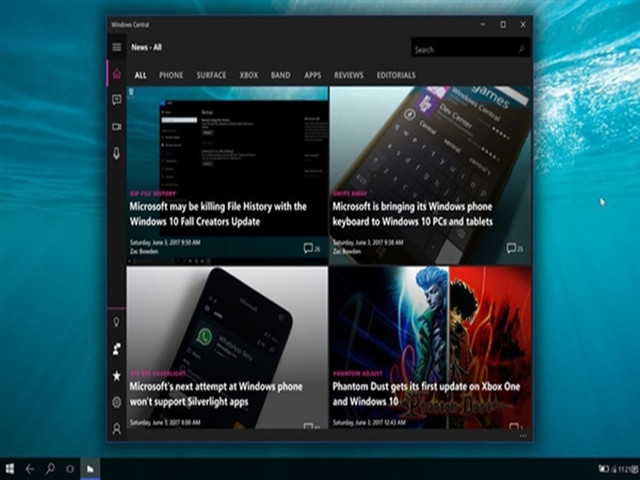 According to media reports, Microsoft is developing a new Windows Shell interface shell – “Composable Shell”. Its biggest feature is that the platform can be a unified UI experience, that is, adaptive PC, tablet, mobile phone, Xbox, HoloLens and other different devices.

It has been reported that Composable Shell, just like the Windows 10 Mobile Continuum evolution, will completely revolutionize = the desktop and mobile phone experience, and may even be prepared specifically for the Surface Phone. It is expected to support Win32, UWP applications. In addition, Microsoft also unveiled the new Windows 10 Pro for Advanced PCs version. The new version of Windows 10 supports server-level hardware and is designed to meet the needs of “critical tasks and dense computer loads”. The Windows 10 version mainly has four major functions, first of all, a workstation mode that detects the need for dense computing and graphics load time, to ensure stability in the case of maximum performance output. Second, Windows 10 version also supports ReFS file system. This is the NTFS file format successor; In addition, the version also supports SMBDirect fast file sharing, can access the network when sharing not only can reduce the CPU occupancy rate but can also effectively reduce the delay; Finally, expandable hardware support. The device running Windows 10 Pro for Workstation up to 4 CPU can be supported, while the maximum memory can be increased to 6TB. According to another news, Windows10 Fall Creators Update will be released this fall.