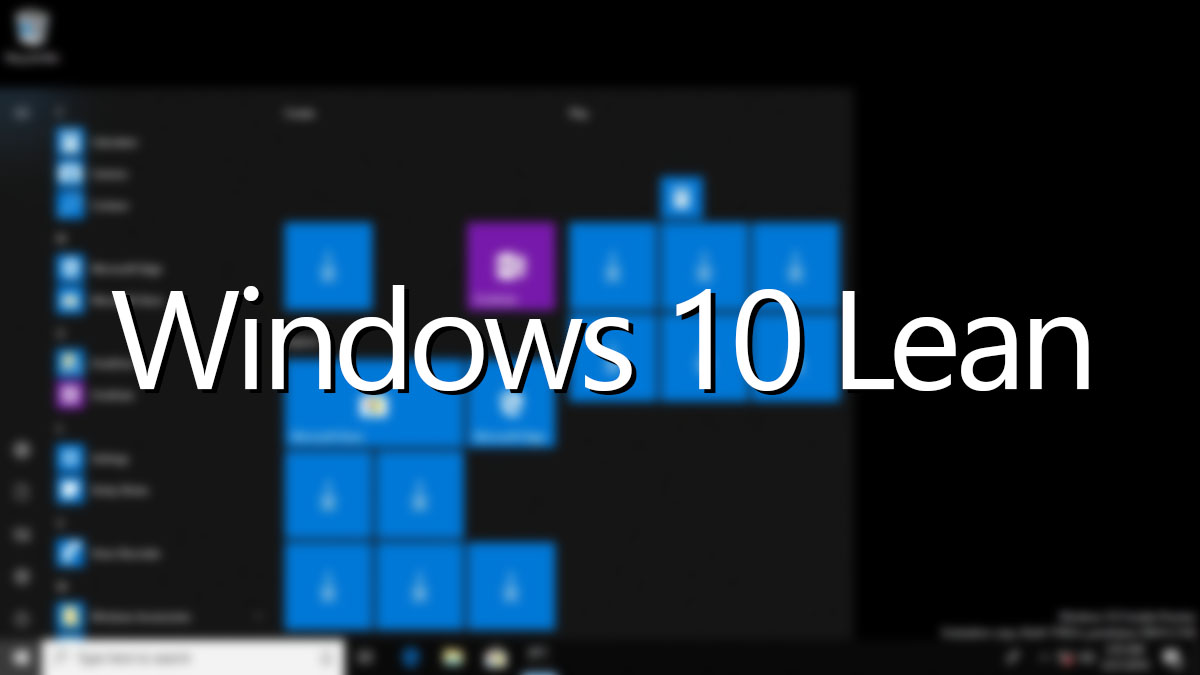 A few days ago, a new version of Microsoft’s operating system emerged. Called Windows 10 Lean, which according to previous knowledge is intended for use on systems with very little memory. Now, the first tests have shown that Microsoft has actually succeeded in coping with the memory consumption.

The WindowsBlogItalia took the opportunity to take a closer look at the new version that has recently come with the current Windows 10 Redstone 5 Insider Preview Build 17650. An installation is possible after creating an ISO image from the ESD files provided by Microsoft, but it must be clear to everyone that it will be on thin ice.

Of course, this is an early pre-release version that you install at your own risk, also because Microsoft itself does not offer ISO build 17650 files. A deployment on productive systems is by no means recommended and every user should be aware that problems can occur at any time that makes the computer used for installation unusable.

Once Windows 10 Lean has been installed, it quickly becomes apparent that the project of providing a new variant of Windows that is greatly reduced in terms of memory usage is still in its infancy. So different names appear during the installation of Windows 10 Lean,  such as Windows 10 S and the name Windows 10 Cloud E.

A look at the file manager also provides positive news: Windows 10 Lean seems to be out with only about 6.5 gigabytes of space. 6.27 gigabytes are occupied by the operating system itself, while a meager 175 megabytes are additionally required by the few apps and programs supplied. The small “memory footprint” is made possible mainly by the fact that Microsoft is radical and has removed over 50,000 files compared to Windows 10 Pro.

To save memory, Microsoft has not only removed countless files and programs as reported but even deleted the wallpaper. Currently, the system should “only” occupy 1.5 gigabytes of memory and run even in a virtual machine quickly. The omission of various files also reveals yawning emptiness in some important areas of the system. Thus, the system controller displays in various sub-areas that no content would be displayed.

Still, various details are not known, after all, Microsoft has not officially announced the new “Windows 10 Lean” yet. The “ultra-light” Windows is apparently to be used mainly on devices with low memory. Sufficient storage space for security and feature updates should stay.