Windows 10 S Is Not An Independent Edition Anymore 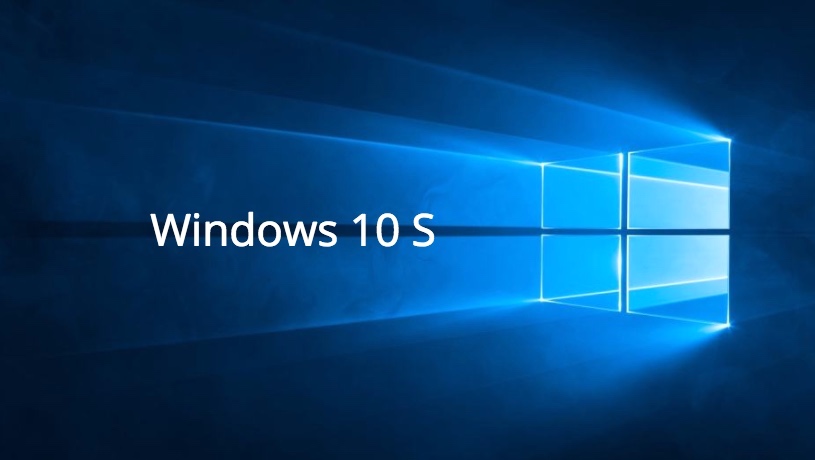 With Windows 10 S, Microsoft introduced a version of the operating system last year, with which they wanted to counter Google and especially the Chromebooks.The S version of the current Microsoft OS was and is not accepted.Now Microsoft seems to be pulling the emergency brake.

Just a few days ago it was reported that the Surface Laptop for corporate customers is now also directly pre-installed with Windows 10 Pro. This could not be considered a big deal in itself, since Windows 10 S, which previously went hand in hand with the Surface laptop(the device was, so to speak, the showpiece of this OS version), has always been upgradeable to Windows 10 Pro. However, companies that buy several Surface Laptops save themselves the manual unlocking of the Pro version.
Also Read: Mainstream Support For Windows 8 and 8.1 To End Today

But now comes a further indication that behind it could stand more, namely the complete end of Windows 10 p. Because a well-known and well-informed Microsoft Insider @h0x0d alias WalkingCat writes in a tweet that it seems that Windows 10 S is not an SKU (“Stock Keeping Unit”) or Edition more.

it looks like Windows 10 S is not a SKU/Edition anymore, any SKU/Edition of Windows can bu put "in S mode" 🤔

However, this does not necessarily mean that there is no longer a Windows 10 limited edition of Windows Store apps. According to WalkingCat, every Windows output can now be switched to an “S mode”. Such an outage for Windows 10 S would mean a symbolic step above all because the basic functionality of this operating system version would be preserved. Even now, the OS can pretend that you can install and run only apps from the store, which is usually safer, especially if the owner is inexperienced. Windows 10 S offers even more features or better said limitations, so Microsoft apparently wants to make a fixed part of all operating systems.

In fact, this means that you probably can not upgrade from Windows 10 S to Windows 10 Pro in the future, but will go the other way, if you want a “fenced” environment (such as for children).