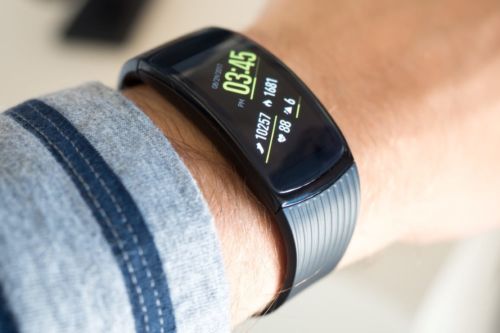 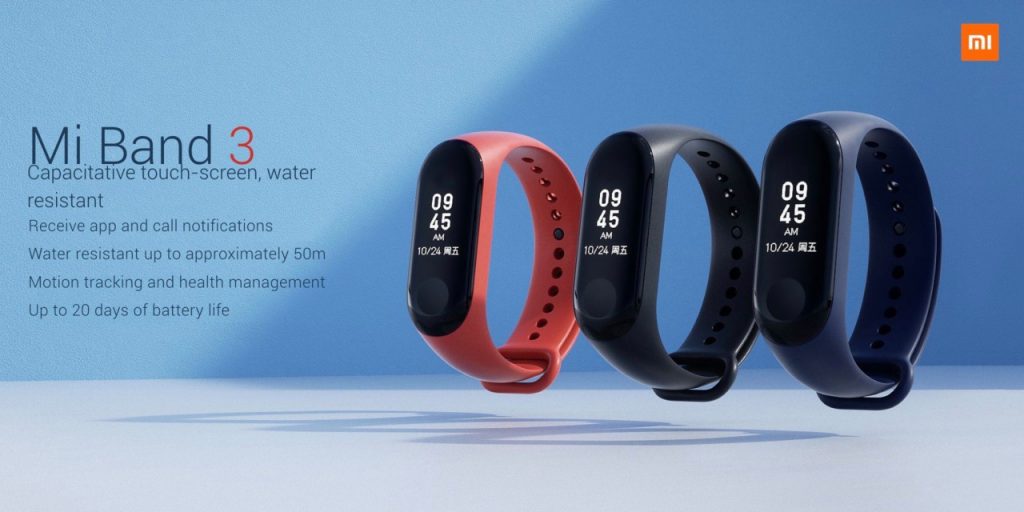 The Mi Band are known for their simplicity and that has not changed with the Xiaomi Mi Band 3. It has a minimal design and it is suitable for all situations. It can be worn with any outfit. The band has been fortified at the point of interlocking with the screen. A special joint is also there to prevent accidental spillage. The material of the strap of the Xiaomi Mi Band 3 is softer than that of the previous generations. Its width has also increased by nearly 1mm. The display size has also increased slightly. The weight of the watch along the strap is only 20 grams. The size hasn’t increased a lot as the display is embedded a little lower than the strap. This prevents it from protruding too much on the outside and ensures that the cardio sensor, that is located in the lower part, sticks perfectly to the skin.

The design of the Xiaomi Mi Max 3 is more rounded. It has a curvature of 2.5d on the edges and is very accentuated. It almost has a round shape and looks aesthetically pleasing. This solution also allowed Xiaomi to conceal a soft touch button beneath the glass, with a slight depression that signals the point where you can rest your finger.

The front glass seems resilient and not the type to get scratched easily. The strap also seems durable and it doesn’t look like it will get dirty easily. It seems to be more durable than the Mi Band 2.

The third generation of the Xiaomi Mi Band is waterproof up to 50 meters deep. You can even go a little bit over that limit without worrying. The band can be worn in the swimming pool without any issues. 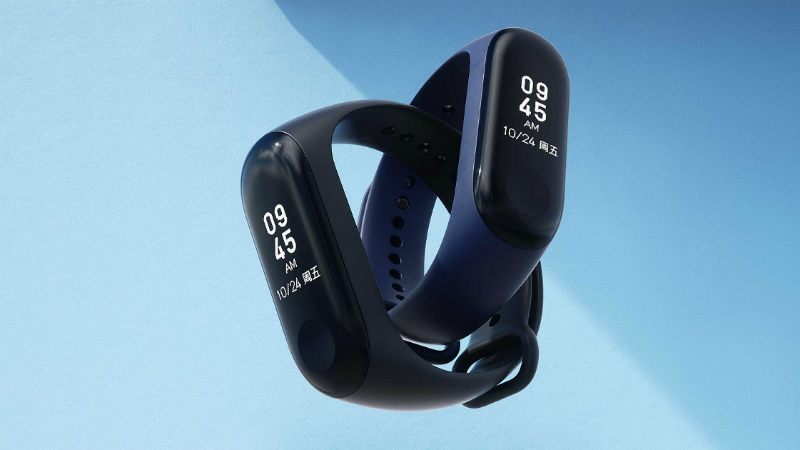 Compared to the Mi Band 2, the display is the biggest upgrade. The Xiaomi Mi Band 3 has a 0.78-inch OLED display with a resolution of 128 x 80 pixels. It can be activated by touching the soft touch button or by rotating the wrist.

The display is a touchscreen and it can be used to operate the band. To choose the desired items, you will have to use the vertical and the sideswipe. The soft touch buttons need to be long pressed to confirm something. To go back, you just need to touch the soft touch button.

Unfortunately, readability under sunlight hasn’t been improved significantly. Even though the situation has become a little more bearable, this remains to be a flaw of the Mi Band. However, the screen has a higher resolution than the previous generation which really expands the potential of the band. For example, you can now easily read the text of notifications.

Apart from the regular sensors, there is a 3-axis accelerometer. The Xiaomi Mi Band 3 has a 110 mAh battery. For connectivity, it has a Bluetooth 4.2 LE module. It also has a powerful vibration motor. There are two pins at one end of the main body to connect the USB charging adapter. It is recommended to recharge the band with a USB port of the PC or a power bank. The band should not be recharged using power supplies of smartphones as this could damage the battery of the Mi Band 3, which is obviously way smaller than that of smartphones.

An optical heartbeat reader is present in the lower part of the main body. It is similar to that of the Mi Band 2 but it has been positioned closer to the wrist. This enables better measurement during physical activities.

With Xiaomi Mi Band 3, you can easily receive notifications. Compared to the past, some new features have also been added. Now you can also read a text message and also the last 5 notifications that your phone got. When you receive a notification, the screen will light up and you will be able to view the notification text for nearly 10 seconds. The details change according to the app. For instance, you can read a message received via the Facebook Messenger, view a Facebook notification, read the subject of an email, and see a new news notification.

The last 5 notifications can be retrieved by accessing the dedicated section. However, these are not grouped by apps and there is no option for selecting the notifications of a certain app, like previewing the active chats on Facebook.

The Xiaomi Mi Band 3 also comes preloaded with some mini apps. You can get a 3-day weather forecast, and there is a simple stopwatch. There also tools to play the connected smartphone and to change the skins. You can choose three different layouts of the home.

The watch displays four different statistics: the distance traveled, the number of steps, calories burned, and heart rate. For now, unfortunately, the software installed on The Xiaomi Mi Band 3 is in Chinese. An international version will be released in the coming months and it will automatically be installed according to the system language of the associated smartphone. Until then, the Chinese language isn’t much of a problem as there are a lot of icons and only a few written words, so your experience will not be impacted a lot. 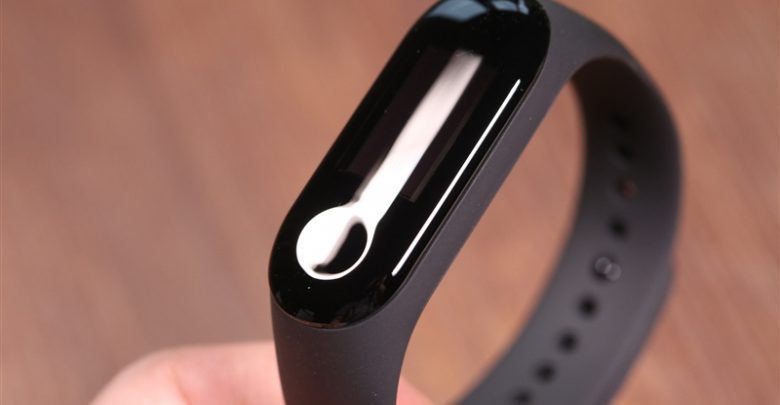 The generously sized battery of the Xiaomi Mi Band 3, coupled with some other thongs, have resulted in excellent autonomy. The battery discharges by merely 30% after a week of heavy use with continuous use, including heartbeat detection at night. The watch can last up to 25 days with average use, and even more with lesser use. The watch also has Bluetooth 4.2 LE which has positively impacted these results. Even though the resolution of the display has considerably increased compared to the Mi Band 2, the autonomy hasn’t been affected because of it. 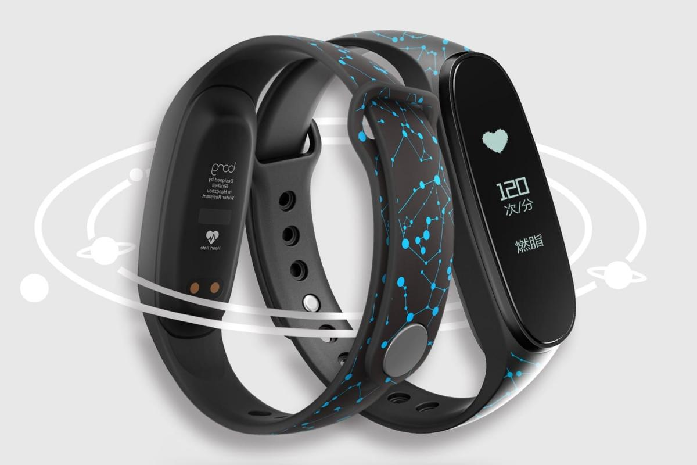 The band works in conjunction with the MiFit app and barely anything has been upgraded compared to the previous generation. It was expected that a GPS system will be integrated into the Xiaomi Mi Band 3 for the accurate measurement of outdoor activities, but that didn’t happen. Xiaomi has instead reserved this feature for its sports-oriented products such as Amazfit Stratos and Amazfit Bip.

The Xiaomi Mi Band 3 monitors the step you take daily and provides an estimate of the calories burned and distance traveled. Xiaomi said that the calculation algorithm has been refined, but the band sometimes tends to overcounts the number of steps. The overall accuracy is still good and better than that of economic bands in the market. It is expected that an update will refine the algorithm. The band can also monitor the quality of your sleep. It does so by detecting your heartbeat continuously while you sleep. This also enables it to improve the accuracy of the statistics.

When you use the MiFit app, the display is clear and rich in content. There are also customizable objectives and coaching tools. As far as the monitoring of sports activities is concerned, you can view some statistics such as heartbeat, steps, distance, and time of the activity on the display of the Xiaomi Mi Band 3. This is a good option for those who want to use the band while playing sports.

Outdoor cycling, walking, treadmill, and running can also be monitored. However, you will need to start the session on your smartphone. If you want to calculate the distance traveled, the band will have to rely on the GPS system of the paired smartphone and so you will have to carry the phone with you. Generic sports activities can also be measured, providing you with statistics such as distance, steps, and heartbeat. Even though an activity can be monitored even when your smartphone is not with you, the distance traveled can only be calculated with the help of the GPS. Precise stats are saved within the app on the activities tracked, but they cannot be exported to or synchronized with any third party app apart from Google Fit.

The Xiaomi Mi Band 3 is available in the colors orange, black, and blue. It retails for 23 euros. There is also a variant with NFC chips, but for now, it is exclusive to China. When the international firmware is released, the band will automatically be updated through the MiFit app.

Xiaomi has done a very good job with the Mi Band 3. All the strengths of the previous generation have been retained, and important elements have been updated, expanding the potential of the watch. A lot of third-party app developers are trying to get the best out of the band, who we can expect to hear more good news in the future.

Will you consider buying the Xiaomi Mi Band 3? Share your thoughts with us in the comments below!