Xiaomi Redmi 5 Plus: An Inexpensive Phone With A Large Display 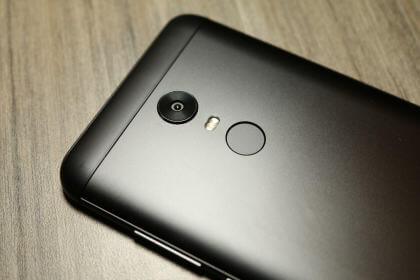 At the electronics fair CES in Las Vegas, there is finally also the opportunity to get the new Redmi smartphones recently introduced by Xiaomi outside China. So here is a report on the Redmi 5 Plus, which is being put on the market at a pretty attractive price and is moving towards the middle class in terms of hardware.

The phone is equipped with a 5.99-inch display, which is still in the hand thanks to the use of an 18: 9 format. At the Plus model, you also get FullHD resolution, which was missing in the smaller 5-series device. From other smartphones, Xiaomi also tries to break through the rounded corners of the screen.

Inside the device work a cheaper Snapdragon SoC from Qualcomm with eight cores. The user also has the choice between models with 3 or 4 gigabytes of RAM and 32 and 64 gigabytes of flash memory. The main camera comes with the 12-megapixel sensor, are, therefore, facing the front a 5-megapixel optics, which is supported by an LED flash. Xiaomi has also equipped the smartphone with a 4,000 mAh battery, which allows a useful life of about two days.

The Redmi devices are currently being delivered with an operating system based on Android 7 whose interface MIUI 9 differs quite a bit from the standard Android. However, there is a lot of movement in this area and the owner of such a device has a choice of a very wide range of ROMs. Currently, there is the Redmi 5 Plus only in the Chinese version, which at least does not get any LTE connections in European networks. However, one can expect that Xiaomi will also produce a Europe version. At a price of fewer than 200 euros, the device should then find a number of interested parties.