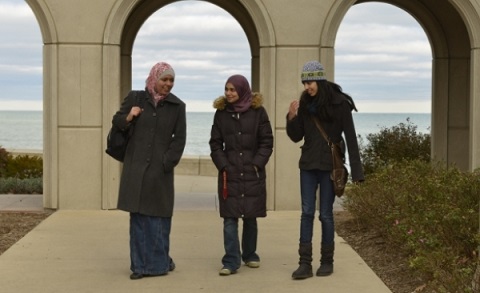 When it comes to extremism, youth is the most vulnerable segment of the society. From the eye of the lens what triggers vulnerability to extremism is the confused mindset.  The youth of Pakistan is clearly deprived of positive mindset; the education factor too is not fully contributing towards betterment of the individuals and consequently affecting the society in general.

Extremism in youth is not just bound to religion, it encompasses culture and politics. Clear cut the youth is splitted in three sections. One in favor other in opposition and the third is the neutral party without any mindset always going with the flow without any personal opinion. The picture is alarming; we need to come out with a balanced mindset as the youth is the future of the country. If such conditions persist the stability will be lost ultimately resulting in chaos and a confused generation. What is the need of the hour? How to combat this situation? Whether it be religion or politics, culture or socio-economic conditions the youth is divided. Some are divided on the basis of religious fights while others are rigorously following disagreements over politics. Everyone has the right to opinion but the point that needs to be addressed that how extremism can bring success to the country. Neglecting youth is pointless as these are the future leaders of the country.

A balance is required between thought and implementation. The question arises here is that what has education taught us? Education is the building of one’s mind and character but if we still behave as an uneducated bundle of people than what is the need to educate young generation. If even after  a  Bachelor’s and Master’s degree the individual is oblivious to the fact of differentiating between right and wrong, following his only stubborn attitude that leads to nowhere.

As a general opinion upbringing and education are the two most important factors that are the backbone of positive mindset.  This seriously needs to be injected in youth of Pakistan and raise them to a platform on which the nation can depend and trust. Following our own aggressive thoughts, opinions and practices and fighting over every point would make the country fall apart. Aggression is not required at every point which needs to be understood, what is expected out of the situation vary from need to need. Youth contributes a major chunk of the society and developing ways to counter problems needs to be learned by them. An optimistic vision along with an intelligent approach where an individual is able to lead with vision rather than attitude needs to be adopted. Following one’s own theory will not suffice the ultimate agenda.