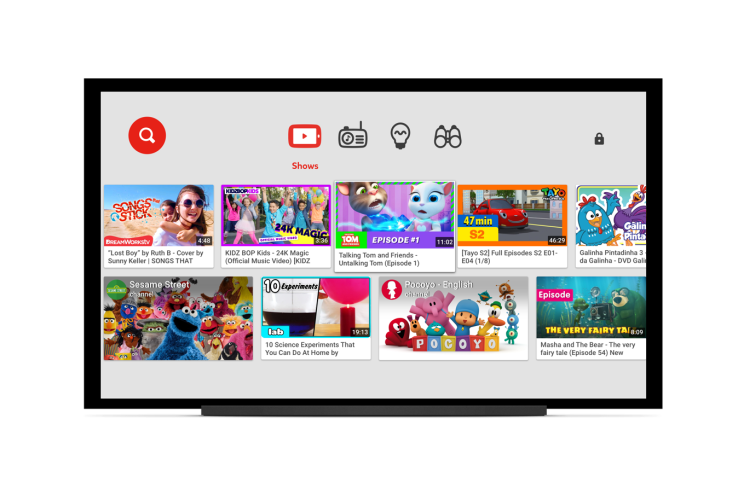 The most popular video sharing website YouTube has officially released its kids version YouTube Kids to the Smart TVs. Although it is a limited released and is confined only to Smart TV services of LG, Sony and Samsung. This will make it much easier for families to access the content of the website’s kids section on the big screens. Parents who are concerned about giving their kids tablets and mobiles will also be relieved by this news because monitoring what the child is watching is much easier when they are watching the television then when they are watching the small screens like tabs, ipads and mobile phones.

Although we really hope that YouTube extends this service to include other mediums especially the Android based devices so that more and more people can enjoy this feature. The purpose of the YouTube kids is to provide a window to the kids where they can watch only the G rated video content that is suitable for kids ages. However unlike the kids section of video streaming giants like Netflix, Iflix and Amazon, in YouTube the content is filtered through algorithms. Because of that there might be some discrepancies in the content and there might be some videos with content that is not suitable for kids.

So the YouTube kids might not be as safe as the kids section in Amazon or Netflix but it is a good filter and with a little parental watch it can be a safe gateway to kid’s entertainment.

However some parents still do not agree to show YouTube content to their kids because they are afraid kids might get hooked to the content. Then it becomes difficult to curtail this addiction. So they do not want to get the kids hooked to it in the first place. On the other hand some parents think they should train the kids to watch only for a limited amount of time and then leave the screens on their own.